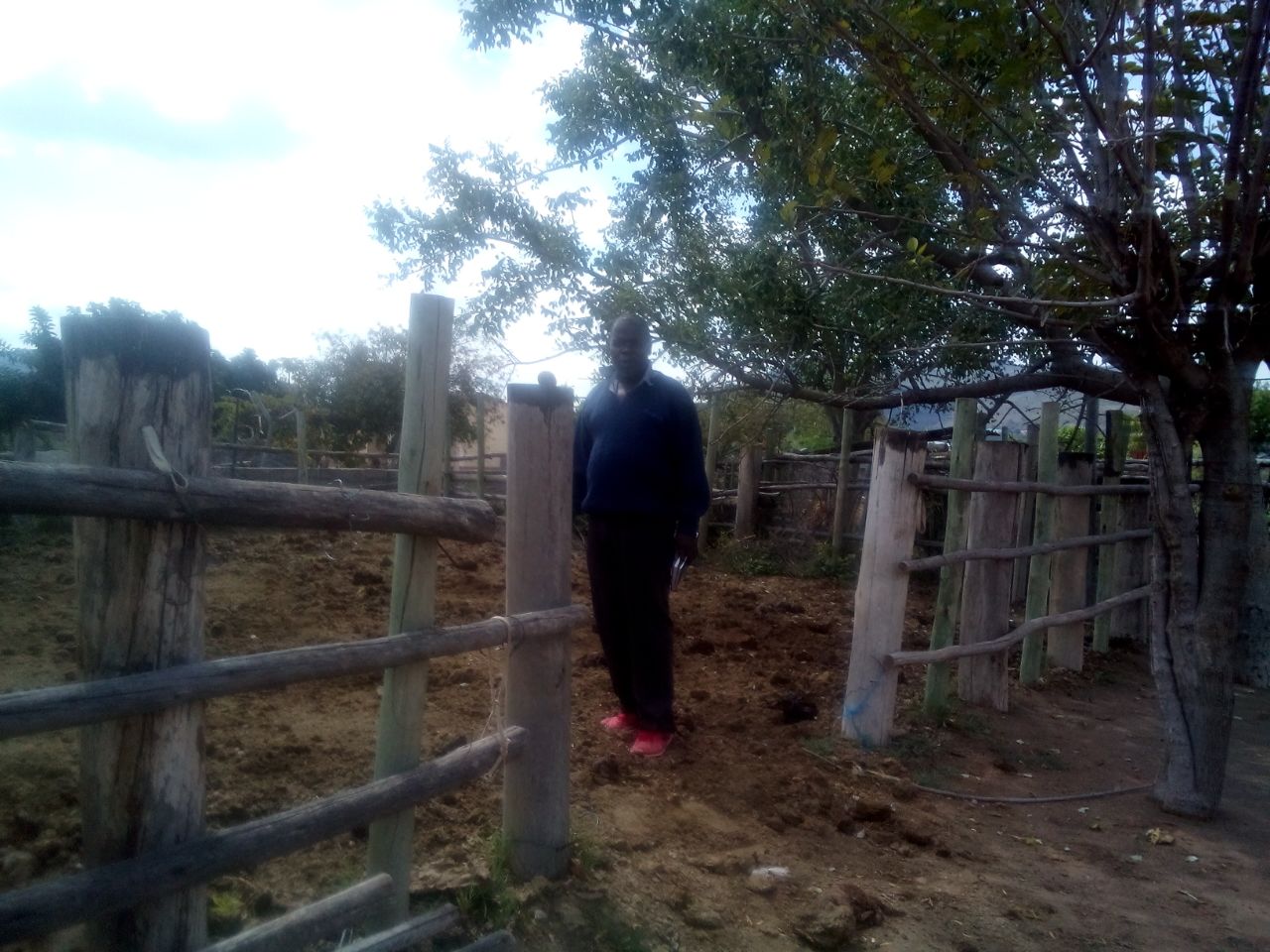 I visited one of the herdsmen at Mototolong to hear his experiences about water that is killing livestock in the village. The man made stream that comes from mine premises .Twickenham mine, Hackney shaft.

Mr Thobejane one of the herdsman said that he lost 4 cows’ that had miscarriages and died, they were weak some died at home and other at the Bush while grazing.  The situation has him in a lot of stress as he is not working and depends on his livestock.  Mr Thobejane also showed me his kraal which used to be full of goats but now only left with few.

According to him there’s nothing they can do about the situation because Mitse River is the only water the livestock can drink from.

Notes river is next to where livestock from Dithabaneng

When I asked him what makes them sure that this cow’s died because of the water that they drink,  Mr Thobejane told me that ” hloba boroko e  ethomile ge mine othoma gobagona mo motseng,  kgale dikgomo  tsa bona disa hwe  ka  bontshi or malwetsi abe  asa di ganelele.”

He also said mine must get rid of the stream and build purification dam inside their premises to recycle their water so that the community and animals will leave in peace and drink water from the river.