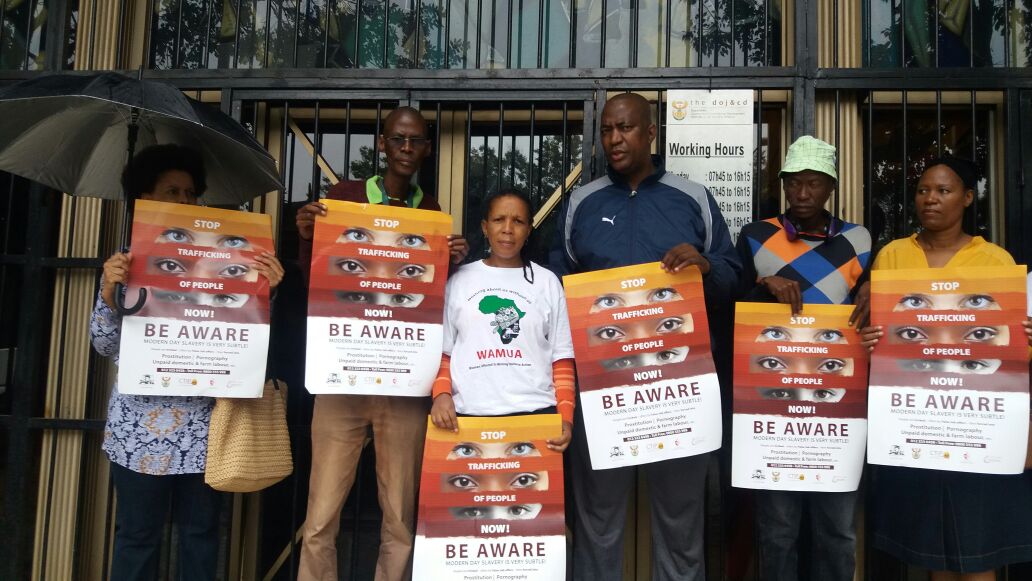 As Catholic Justice and Peace Commission  of Klerksdorp diocese , we wish to express  our disappointment of the withdrawal  of the case  of human trafficking against the Nigerian who was a suspect in Klerksdorp Court today: Our Juridical system has a lot loopholes in promoting the human dignity, instead it condemns corruption, it suggest that human trade and child abuse through sexual exploitation is a way of life. We request our members to stand against the scourge of human trafficking in whatever form. Our members, really sure the support, hailing from Dominiville, kanana, Jouberton and women activists from Alabama;  Tigane and Khuma

This is indeed a phoophoo; sure, I share my contempt regarding Juridical System of South Africa which undermines concern raised by civil societies, there is no way that prominent structures such us which moral ethos, Ubuntu, respect can be biased towards other person. Guess what?  System does not protect the victim of injustice and the vulnerable, powerless and the little ones. The March organised by Cosas, supported political parties and faith based organisation, justice and peace against the suspect of human trafficking is a liar, the state it’s self, the hawkers. I am speechless or brief of speech for the withdrawal of this human trafficking case, it is obvious that the victims will be presented in court based upon they dignity. Hence, our state acquits the suspect. I, for one, condemn this move. Justice and Peace, Klerksdorp Diocese